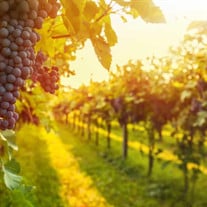 Timothy Edward Willis passed away in Los Angeles, California on December 19, 2020. He passed away at the age of 32 after a courageous and hope-filled 2.5 year journey with cancer. He went peacefully surrounded by beloved family. Born in Griffin, GA on August 10, 1988 to Cade and Teresa Willis, Timothy was the baby of the family, with two older sisters, Cathy and Christy. The extended Willis family all lived in Griffin and frequently spent time together. The Willis family faithfully attended the First Baptist Church of Griffin and homeschooled their 3 children, up until 2001 when the entire family uprooted and moved to Singapore. Timothy and Christy then both attended International Community School Singapore. While in Singapore, Timothy enjoyed making new lifelong best friends, eating and exploring, as well as playing high school basketball and planning his senior class trip to Australia. After graduating high school at ICS in 2005, Timothy took a gap year, during which year he attended a 6-month hospitality school course at Schiller International University in Engelberg, Switzerland; travelled to Dubai and Singapore; and finally studied Spanish in Guatemala for 2 months, during which time he was able to meet up with family for the adoption of their first child. Timothy attended Samford University in Birmingham, AL starting in 2006. He truly loved and embraced the Samford experience, including a January term in London. He worked several jobs on the side while in college, most notably at J. Crew. In 2010 he graduated cum laude from Samford’s Brock School of Business with a Bachelor degree. After graduation, Timothy worked in Birmingham but began to set his sights on having an exciting and fulfilling career. In 2012 he was hired by Warby Parker and moved to New York City, where he worked for 5 years. This was an amazing opportunity in so many ways, both in work-life and new friendships, as well as exploring the city and traveling. In 2017, Timothy was hired by goop, Gwyneth Paltrow’s lifestyle brand, so in 2018 he relocated to Los Angeles, where he enjoyed his new job as well as the change of scenery and more laid-back California lifestyle. In August of 2018 just after his 30th birthday, Timothy was diagnosed with cancer and quickly scheduled for aggressive surgery. This began a series of challenges and treatments, all of which he faced with bravery and a beautiful hope throughout. He was blessed to encounter much kindness and understanding through his job at goop, and he had a wonderful extended support network of friends and family, who never stopped reaching out and helping. Timothy was a joy to know and be with. Throughout each phase of his lifetime, he made many new, close friends, and somehow kept up with all of them, including many visits and trips. He was creative with many interests and talents, including being a world traveler (he visited 20+ countries on 6 continents), photographer, and wedding attendee extraordinaire. His gracious manner and sense of humor resulted in excessive laughter, and he had a remarkable memory, such that he was the family memory repository. Timothy is survived by his mother, Teresa Pesnell Willis; his sisters, Cathy Willis Garmon and Christy Daye Willis; brother-in-law Bill Garmon; extended family; and countless friends. In Griffin, GA on January 2, 2021, the family had a graveside service as Timothy was laid to rest in Rehoboth cemetery near his father, Cade. The family expresses their appreciation to Timothy's friends and family for the fervent, kind, and all-encompassing support they have given over these past years. It made all the difference. In lieu of flowers, the family would appreciate donations to standuptocancer.org or bethelchina.org

Timothy Edward Willis passed away in Los Angeles, California on December 19, 2020. He passed away at the age of 32 after a courageous and hope-filled 2.5 year journey with cancer. He went peacefully surrounded by beloved family. Born in Griffin,... View Obituary & Service Information

The family of Timothy Edward Willis created this Life Tributes page to make it easy to share your memories.

Send flowers to the Willis family.