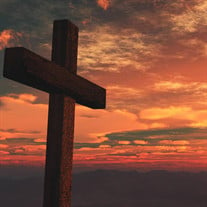 Reverend Thomas Milton Marshall, 86, of Milner, died Thursday, November 12, 2020 at Spalding Regional Medical Center. Tom was Born in Clay, KY, August 18, 1934, he was a son of the late Cardwell Jenkins Marshall and Elizabeth Holman (Knight) Marshall. He was a US Air Force Veteran. Reverend Marshall was a caring man. He had a passion for God and his love for the word of God was unquenchable. His knowledge of the bible rivaled that of the greatest theologians. He dedicated his life to the service of the church. He was pastor to several churches in Tennessee during his lifetime. He was the promotional director of the international religious radio broadcast ‘HarvestTime’. He represented the Word Aflame Flame Pentecostal publishing company in Jerusalem, Israel. He was a talented man. He was a painter and a musician, playing both saxophone and clarinet. He was first chair in the orchestra at his high school in Indianapolis, IN. He was a gifted orator and skilled with words. Though he was never published, he did write many pieces about the truths of word of God which burned in his heart. He was the last surviving member of his immediate family and was preceded in death by his sister Virginia Lynch and his daughter, Tracie Strother. Surviving are his wife of over sixty years, Anne (Fosgate) Marshall and his children, Debra White and husband Ray of Charleston, SC, Terri Gonzales of Hampton, Tom Marshall and wife Tamara of Griffin and Timothy Marshall and wife Collette of Castleberry, FL along with; fourteen grandchildren; and nine great-grandchildren. A memorial service will be announced at a later date. For online condolences please visit www.haistenmcculloughfuneralhome.com. Haisten McCullough Funeral Home, 1155 Everee Inn Road, Griffin is in charge of arrangements.

The family of Reverend Thomas Milton Marshall created this Life Tributes page to make it easy to share your memories.

Send flowers to the Marshall family.