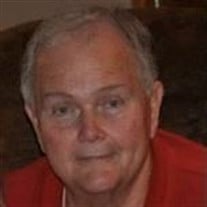 John Ervin Steen, 72, of Summerville, widower of Deborah Ann Owens Steen died Thursday, December 31, 2020 at Huntsville Hospital in Huntsville, AL. Born in Charleston, August 29, 1948, he was a son of the late James Edward and Sarah Bennett Steen. He was a graduate of Stahl High School where he was involved in and excelled at every sport he played. He was a US Army Veteran having served in the Vietnam War. A graduate of the SC Law Enforcement Academy, he was a former deputy for the City of Charleston Police Department and worked for US Customs and Border Protection where he served in Charleston and Atlanta, later retiring from the Federal Law Enforcement Training Center in Brunswick, GA in 2004 after over thirty years of Service. After retiring he and his wife moved back to the Charleston area to be close to friends and family. Having worked his whole life, John took at job with the Charleston Coliseum in security in 2005 and worked until earlier this year when his health declined. While living in Charleston, as his children grew, he was very involved in all their sporting endeavors and even became an Umpire to get closer to the field and his passion of Baseball. After retirement and returning to the Charleston area, John loved to catch up with old buddies and go eat with retired co-workers whom he considered family. John was a member of Hammerton Masonic Lodge #332 A.F.M and was a Shriner and member of the Omar Shrine Temple. In addition to his beloved wife and parents, John was also preceded in death by a brother, James Edward “Jimmy” Steen, Jr.; sister, Jennifer Steen Heath; and daughter-in-law, Laura Chambers Steen. Survivors include a son, Lieutenant Colonel John E. Steen, II, US Army Retired and fiancée Jana Kuner and her son Jones Kuner of Huntsville, AL; daughter, Brandi Steen Thomas and fiancée Don Strickland of Greenwood, SC; grandchildren, Private Jackson Thomas, US Army of Fort Campbell, KY, Tyler Thomas, Cooper Thomas, all of Greenwood, SC (and their father Clif Thomas) and Chase Strickland also of Greenwood, SC, Hailey Steen, Owen Steen, Molly Steen and Eryn Steen, all of Huntsville, AL; a sister, Jacqueline Steen Poplin of Florida; very special friend, Sharron Burroughs; and several brothers-in-law, sisters-in-law, nieces and nephews also survive. Due to the COVID-19 Pandemic private graveside services with Military Honors will be conducted at Oakbrook Memorial Park in Greenwood, SC. For online condolences please visit www.haistenmcculloughfuneralhome.com. Haisten McCullough Funeral Home, ‪1155 Everee Inn Road, Griffin, GA‬ is assisting the Steen family.

The family of John Ervin Steen created this Life Tributes page to make it easy to share your memories.

Send flowers to the Steen family.