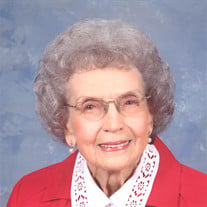 Mrs. Dorothy McDonald, age 97 of Griffin, passed away Tuesday, May 22, 2018 at her home. Mrs. McDonald was born September 28, 1920 in Suwanee, Georgia to the late Albert & Pauline Addington. She was married to Jack McDonald from 1939 – 2006. Dorothy and Jack grew up in Georgia but moved to the Detroit area in 1939 and raised their children there. Dorothy was the Executive Secretary for the Plant Manager of the Monsanto Plant in Trenton, Michigan. Jack was the Fire Chief of the Jefferson Ave. Chrysler Plant. They traveled to visit their families, to Europe to revisit some of the places Jack served in during WWII, relaxed in Hawaii twice and put many happy miles on their motor home. After they retired, they moved back to Georgia to be close to their families. In Griffin, Dorothy was active in the First United Methodist Church in the Joy Sunday School class, and First Friends. She was active in the Pulaski Chapter of the DAR (Daughters of the American Revolution) and Ambucs (American Business Association). They were great friends to many. Survivors include two daughters, Barbara (Douglas) Gilbert of Spring Lake, Michigan and Brenda (Chuck) Hawkins of White Sulphur Springs, Montana; grandchildren, Jake (Chasity) Odom of Weaverville, California, Sara (Malik) Morris of Union City, New Jersey, Rachel (Dan) Kokosenski of Huntington Beach, California, Robyn (Daren) Ensing of Grand Haven, Michigan and Anne (Josh) Carpenter of Grand Haven, Michigan and great-grandchildren, Jackson, Chase, Kayla, Taivyn, Nila, Nicholas, Chloe and Lucas. Funeral services for Mrs. Dorothy McDonald will be held Wednesday, May 30, 2018 at 2:00 p.m. at the Griffin First United Methodist Church with Rev. Med Roach officiating. Burial will follow in Oak Hill Cemetery. Friends may visit the family 1 hour prior to the service at the church. To pay condolences online to the family you may do so at www.haistenmcculloughfuneralhome.com. Haisten McCullough Funeral Home is in charge of the arrangements.

The family of Dorothy McDonald created this Life Tributes page to make it easy to share your memories.

Send flowers to the McDonald family.