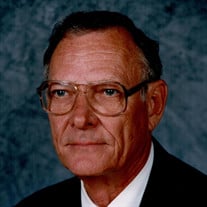 Don Ronald Rainwater, 83, longtime resident of Griffin and Williamson, Georgia, passed away Friday, February 4, 2022, at Wellstar Spalding Regional Hospital. Born January 3, 1939, to the late Felton and Ruth Rainwater, Don was a graduate of Georgia Military Academy and attended the University of Georgia and Georgia State College. Mr. Rainwater began working with his father in the family business, Morrow Powell Clothing Company, in 1952. He later became Owner and President, retiring in 2000 after proudly serving the Griffin community for forty-eight years. He, with his father, was an owner of Smith-Roberts Company in Griffin and Snyder’s and Kendell’s clothing stores in Macon. Respected in his industry he served as President of the Menswear Retailers of Georgia trade association and as a Director of Menswear Retailers of America. Mr. Rainwater was President of the Griffin Spalding County Chamber of Commerce, President of the Griffin Country Club and was a member of the Rotary Club of Griffin. Over the years, he served in various capacities in numerous other civic and community organizations. He was a longtime member of the First Christian Church of Griffin. After retiring, Don enjoyed spending time with his family and working on his farm. It brought him immense joy and leaves his loved ones with many wonderful memories. Mr. Rainwater is survived by his wife of sixty-three years, Barbara; daughter, Susan Boggs and her children, Carmony Price and husband Charles, and great-grandchildren, Cole, Kellen and Tripp, Macy Moser and husband Clint, and Summer Boggs; son, John Rainwater his partner, Leacheal Thomas, and his children, Michael Rainwater, and Emily Bennett and husband Chad; a brother-in-law Fred Hill and his family from New York, and numerous cousins. The family will receive friends on Tuesday, February 8, 2022, from 12:30 PM until 1:30 PM at Haisten McCullough Funeral Home. Graveside interment for Mr. Rainwater will immediately follow at 2:00 PM, Oak Hill Cemetery, with the Reverend Brian McCartney officiating. Those desiring may make memorials to a charity of choice. To pay condolences online to the family, please visit www.haistenmcculloughfuneralhome.com. Haisten McCullough Funeral Home, 1155 Everee Inn Road, Griffin, is overseeing the arrangements.

The family of Don Ronald Rainwater created this Life Tributes page to make it easy to share your memories.

Send flowers to the Rainwater family.