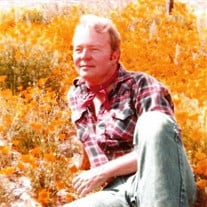 Arthur Talley Montgomery, Jr., 82, of 34 Aliso Road, Carmel Valley, CA 93924, passed away on March 12, 2019 at Westland House in Monterey, California following a lengthy illness. Art was born on October 31, 1936 in Griffin, Georgia and was the first-born son of the late Laura Anne (Bartholomew) Montgomery and Arthur Talley Montgomery, long-time residents of Griffin. He was also preceded in death by his youngest brother, Joseph Scott Montgomery of Atlanta, CA. He is survived by his wife, Gerry Montgomery, a brother, Dougald P. Montgomery and wife, Deborah of Sharpsburg, GA; and his brother-in-law, Forrest Higgs of Carmel Valley, CA. He is also survived by numerous nephews, nieces, and cousins. Arthur graduated from Griffin High School and attended University of Georgia in Atlanta prior to enlisting in the U.S. Army. On November 7, 1964 during his assignment as a training instructor at Fort Ord in Monterey, CA, he married Seaside High School teacher, Gerry Higgs. He was transferred to Fort Richardson, in Anchorage, Alaska, on January 2, 1965 for his overseas tour of duty. Upon completion of his tour there, he was honorably discharged from service. He and his wife returned to the central coast in August, 1966 and have lived in Pacific Grove and Carmel Valley very happily for 54 years. He was an avid collector of antique automobiles. He restored 27 such vehicles over the years. Known as “Art, the bus driver”, he worked as a school bus driver for 33 years for all three of the local school districts. The assignment he liked best was for Carmel Unified, driving down the coast road, Hwy 1, in the early morning and evening, to pick up those children and deliver them safely to school and back home again. Art loved riding their many horses in Garland Park near their home with his wife and friends. They were both active members of the Carmel Valley Trail and Saddle Club since 1975. A high point in their riding adventures was a week-long horseback ride from Monterey to San Francisco as part of the 1975-1976 De Anza Expedition wearing costumes of the Spanish soldiers traveling on the old mission trail. Art later collected cavalry tack and uniforms, donating most of his large collection to the developing museums at Fort Ord. He also enjoyed riding his horse or driving his restored WWII military jeep in costume in the local 4th of July parades. A person who enjoyed life, reading everything, seeing movies, traveling, and being with friends, Art will be missed. A celebration of life for Mr. Arthur Talley Montgomery, Jr. will be held at his home on 34 Aliso Road, Carmel Valley on Sunday afternoon, March 31st. from 1:00-4:00PM. Graveside services will be Saturday, April 6, 2019 at 1:00 PM at Oak Hill Cemetery. For online condolences please visit www.haistenmcculloughfuneralhome.com. Haisten McCullough Funeral Home, 1155 Everee Inn Road is assisting the Montgomery family.

The family of Arthur Talley Montgomery Jr. created this Life Tributes page to make it easy to share your memories.

Send flowers to the Montgomery family.