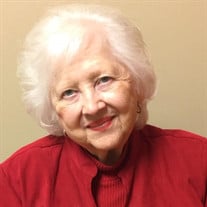 Lois Annette Bailey Erwin, age 81, passed away July 15, 2019 at Brightmoor Nursing Center. She began her life in Athens, Georgia July 3, 1938. Her parents were Lois Martin Bailey and Millard Bailey, both of Athens. Her brother, Richard Bailey, of Charleston, South Carolina, and her husband, Leonard Frederick Erwin, of Athens, precede her in death. Annette and Leonard were married in Athens in 1963 and they had two children, Rick (Leslie) Erwin of McDonough, Georgia, and Alisa (Bill) Shapard of Griffin, Georgia. They had four grandchildren, Erick (Aindi) Erwin of Raeford, North Carolina, Garett Erwin of Locust Grove, Georgia, Bailey Shapard, of Saint Simons Island, Georgia, and Henry Shapard of Griffin, Georgia, and one great grandson, Bryson Erwin. Family and friends are invited to a graveside service at Brooks Memorial Cemetery, 147 Price Road, Brooks, Georgia July 27, 2019 at 11:00. The Rev. Dr. Wesley Smith will officiate. To pay condolences online to the family you may do so at www.haistenmcculloughfuneralhome.com. Haisten McCullough Funeral Home is in charge of the arrangements.

The family of Mrs Annette Bailey Erwin created this Life Tributes page to make it easy to share your memories.

Send flowers to the Erwin family.